7 amazing things that few people know what they are for

Did you know? Even the simplest things sometimes intrigue us. Through little-known functions, some objects of our day-to-day life can do much more than their obvious utilities. Discover the following 7 amazing things that few people know what they are for:

You’ve probably noticed that most pen caps have a hole in the tip. Contrary to popular belief, it is not to prevent the pen from drying out. In fact, the real function is to prevent accidents.

In the past there were a number of incidents where people were choking on pen caps, especially children. The holes were implemented so that if the cap were swallowed, the person could still breathe because the air would pass through the hole.

You may have noticed a small hole in the bottom of your lollipop stick. The hole exists to allow some of the lollipop to melt in place, creating a hook to keep the lollipop trapped. If it was not there, the candy could fall from the staff as a result of the force.

Most people have already stapled something at one point in their lives and there is nothing more annoying than stapling something and then having to take it off. This usually results in sore fingers and torn paper unless you have a staple remover. Did you know that some staplers have this feature?

At the bottom of the old staplers, there is a setting that can be adjusted so that the stapler will bend the metal pins outward. This makes it easier to remove the clip by sliding it through the holes. 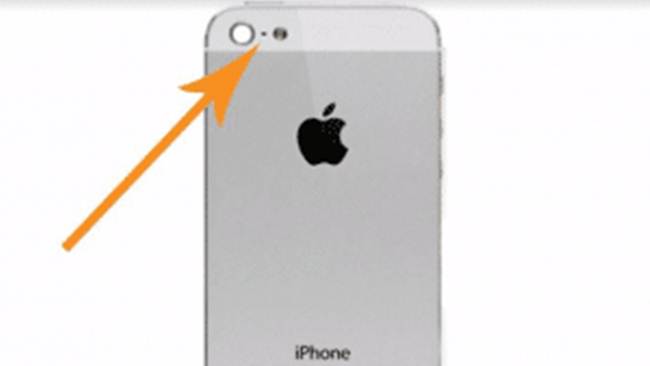 If you have one of the newer iPhones models, you probably noticed the small hole in the front between the flash and the camera lens. Have you ever wondered what this is?

This is actually a tertiary microphone and is one of the three sound canceling microphones that the iPhone has. Why put a microphone up front? To help you record videos and cancel noise.

If you’ve ever been to a coffee shop or a fast food restaurant, you may have noticed the series of buttons on top of the plastic lids. While it is satisfying to squeeze, there is actually a deeper meaning behind them.

These buttons are used to label and distinguish different drinks from each other. They can represent options like diet, soy or others. Also located on most hot beverage caps is a small hole that allows adequate ventilation when you drink. Sometimes it may need to be drilled.

6 – Cover as a beverage base

Drink caps have even more functions! Have you noticed the small cuts inside a plastic drink cap? This serves as a basis for drinks so you can avoid making mess at the table or even the jetty.

Most beer bottles feature similar designs that include a long neck and a wide bottom. However, this goes beyond just a visual choice. The neck of the beer bottle serves to prevent body heat from heating the beer. The person can drink the first sips and then hold the beer by the neck without having to drink the drink very quickly.