“The Motherland Calls!” — Who is actually depicted on the famous poster

The woman’s face depicted on the famous propaganda poster from World War II, “The Motherland Calls!” Is familiar to all. The main task of the artist Irakli Toidze was to create a generalized image of the woman-mother, in which each soldier could see his mother. Nevertheless, this image-symbol was a real prototype – Tamara Toidze.

Poster was created in the beginning of the war, a few days after the invasion of German troops in June 1941. At that time, there is a lot of such propaganda posters and patriotic songs designed to inspire people to fight the enemy. However, this particular poster has become the most popular and recognizable. 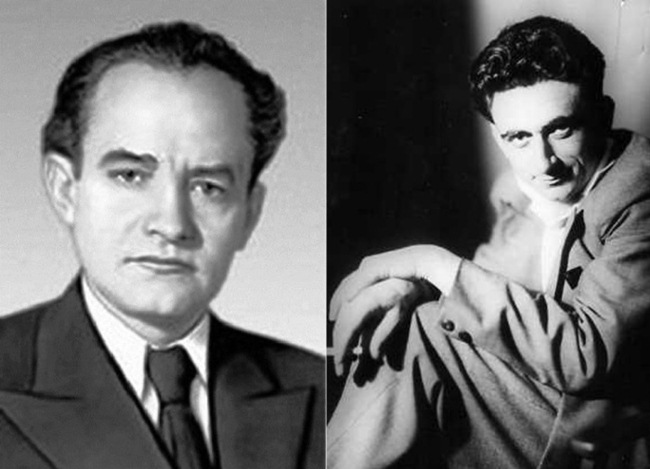 Hereditary Georgian artist Irakli Toidze at that time had already become famous as an illustrator – he was the author of drawings to the poem “The Knight in the Panther’s Skin”. In his stories, he just worked on them when the June 22, 1941 in the room ran his wife, Tamara Toidze, shouting: “War!”.Hand it instinctively pointed to the open door, from behind which came the reports of the beginning of the war the Soviet Information Bureau, passed on the street loudspeaker. The gesture inspired the artist to create a poster. “Stop and do not move!” – Then he said to his wife, and immediately began to make sketches. Tamara at the time was 37 years old, but she looked much younger, and to create a generalized image of the mother, the artist has depicted a woman older than the prototype. 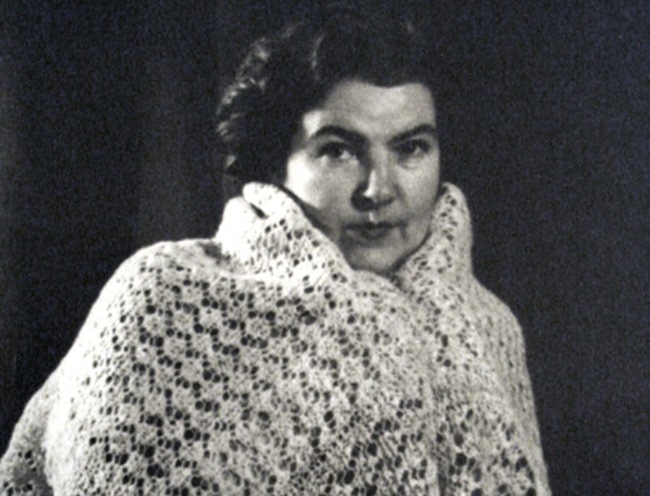 According to the artist’s son, the words “Motherland,” the artist borrowed from the works of his favorite poet Andrei Bely. The collection of his poems Irakli Toidze stressed lines in pencil: “Let, O Motherland, in the blind, raw expanse, in the expanse of your sobbed.” 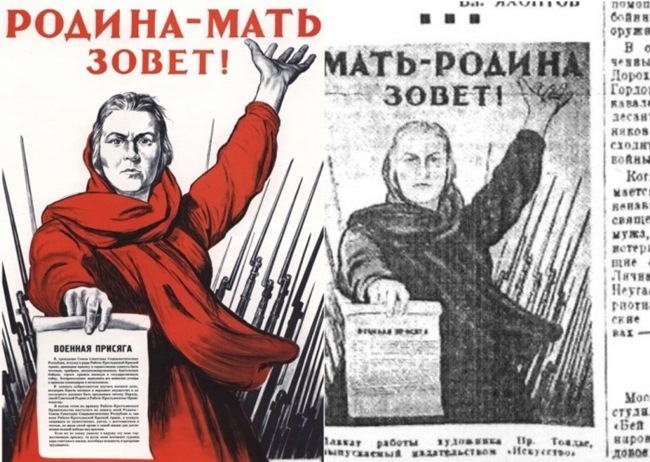 The poster was ready by the end of the month and multiplied millions. He pasted all over the country – in train stations and collection points, in the factories, on the walls and fences. The idea of the poster was so close and clear to everyone that the soldiers wore it reduced the size of the reproduction postcard in breast pockets of their tunics, and if necessary to take the town fascists, soldiers, retreating, tore posters “mom” and took with them.

Today, some researchers have expressed doubts about the timing and circumstances of the creation of the poster. Some of them argue that the “Motherland” was created before the war, and others – that Toidze borrowed gesture call to action does not have his wife, and the authors of the existing international campaign posters on military subjects. Still others believe that the raised hand, and laid back – a typical gesture of emotional women Georgians.

Whatever it was, the force of the impact of “Motherland” was extraordinary: a poster inspired by the people as well as the song “Holy War.” It is unlikely that this would be possible, if the artist has created only a portrait of his wife. The image was indeed a collective, which is confirmed by the son of the artist: “The image of the woman with the poster, of course, generalized in many ways. My mother was very beautiful, but her father has simplified the way, made clear to all … “. That’s why this image has become a real symbol of that era and the spirit of people power, risen to fight against fascism.