The common fear that unites beach-women around the world is the idea that a shark can be hidden in the water, which only waits, when you lose vigilance to deprive you of your limbs. It’s no wonder, how can you not be afraid of the fish that swims faster than Olympic champion Michael Phelps?

Unfortunately, these fears can become even stronger after the recent discovery near the Portuguese coast was studied.

Ancient Shark, Considered Extinct, Was Discovered At The Portuguese Coast » While conducting research on fish that were accidentally caught by commercial fishermen, scientists found this monster-like creature off the coast of the Algarve. 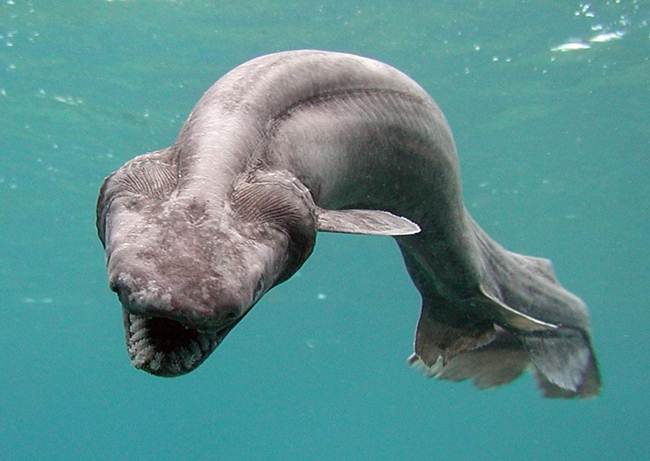 If it’s not like the monsters of your nightmares, it’s hard to imagine what terrible dreams you dream of.

This deep-sea inhabitant lives at a depth of about 120-1300 meters from the surface of the water. Therefore, the creature remained undetected until the 19th century. Despite this, according to scientists, this shark inhabited the Earth 80 million years ago, which literally makes it a living fossil.

Although the caught individual was only 1.5 meters in length, these animals can reach two meters. To meet with this shark, who was a neighbor of such a monster as tirex, it would be very scary. 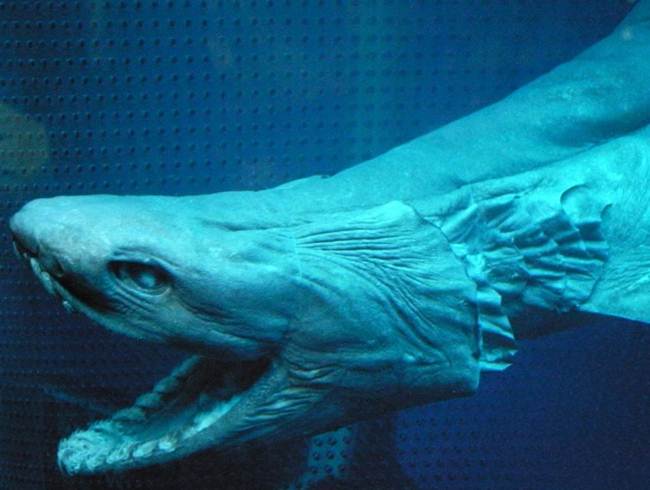 Shark’s mouth has a unique shape, helping to catch fish and squid, which make up their habitual menu. But none of the sensible people would have thought that she could not cling to her leg if she had the chance. 300 teeth aligned on the jaw, arranged in rows and lined with spines, called dermal teeth. Whatever it is, it looks like the fictional being of one of the SyFy movies.

The fact that this shark with ruffles on its sides has not changed throughout life for evolutionary reasons, is evidence of its incredible biological “design.”

For your comfort, it is worth saying that such creatures usually try not to catch the eye of people. However, if you are planning diving, be prepared for the meeting.