It is located in Utrecht, the Netherlands, with a space of 12,500 bicycles, under the railway station. The city has more than 100,000 people using the bicycle as a means of transport to go to work, school, university and move anywhere else in the area.

In order to become the most friendly city for cyclists, the world’s largest bicycle parking park, which stretches for 17,100 square meters, is set to begin in August, with the aim of reaching 33,000 by 2020.

Utrecht is not the only city to progress such a project, as the Hague has announced a garage of 8,500 seats and Amsterdam, a park for 7,000 bikes.

The Dutch effort to remove cars from city centers began in the early 1970s, partly as a response to the number of deaths from road accidents involving many children.

Today, there are 22.5 million bicycles in the Netherlands, more than 17.1 million people living there.

Cycling boom is more pronounced in urban areas. Since 2005, the number of bicycles has increased by almost 11%. In Rotterdam, cycling has increased by 20% in the last 10 years. The Hague reported 10% more cyclists in 2010 compared to 2006. In Utrecht, 40% of those arriving at the largest railway hub in the Netherlands have a bicycle.

The cost to park his bicycle in the world’s largest garage amounts to 1.25 euros. 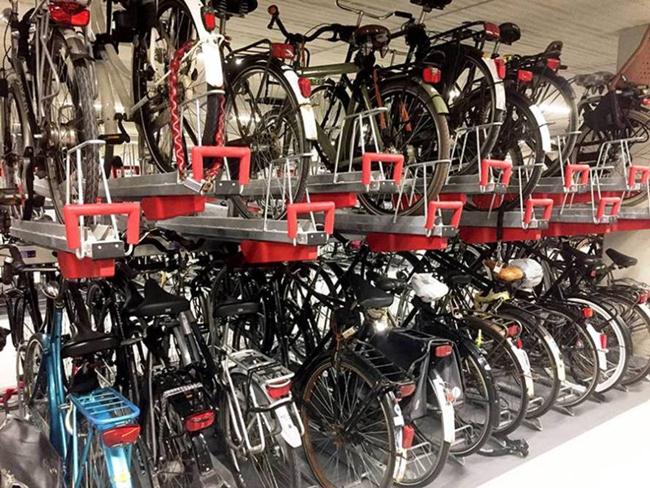